| WHY TRAVEL TO ARGENTINA

Argentina stretches from tropical jungle in the north across the vast pampas to polar regions in the far south. The Argentine people are immigrants from all over the world and the nature is even more varied than the population. The diverse Argentine nature includes Aconcagua, the continent's highest mountain, Iguazú, the world's richest waterfall, and the “Land of Fire” to the south with snow-capped mountain peaks and mirror-like lakes and fjords. Argentina is nature, tango, football and juicy steaks. 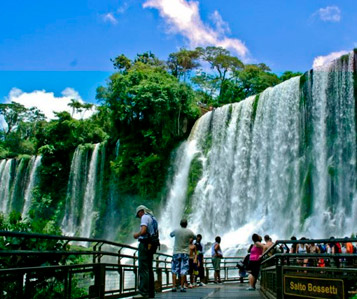